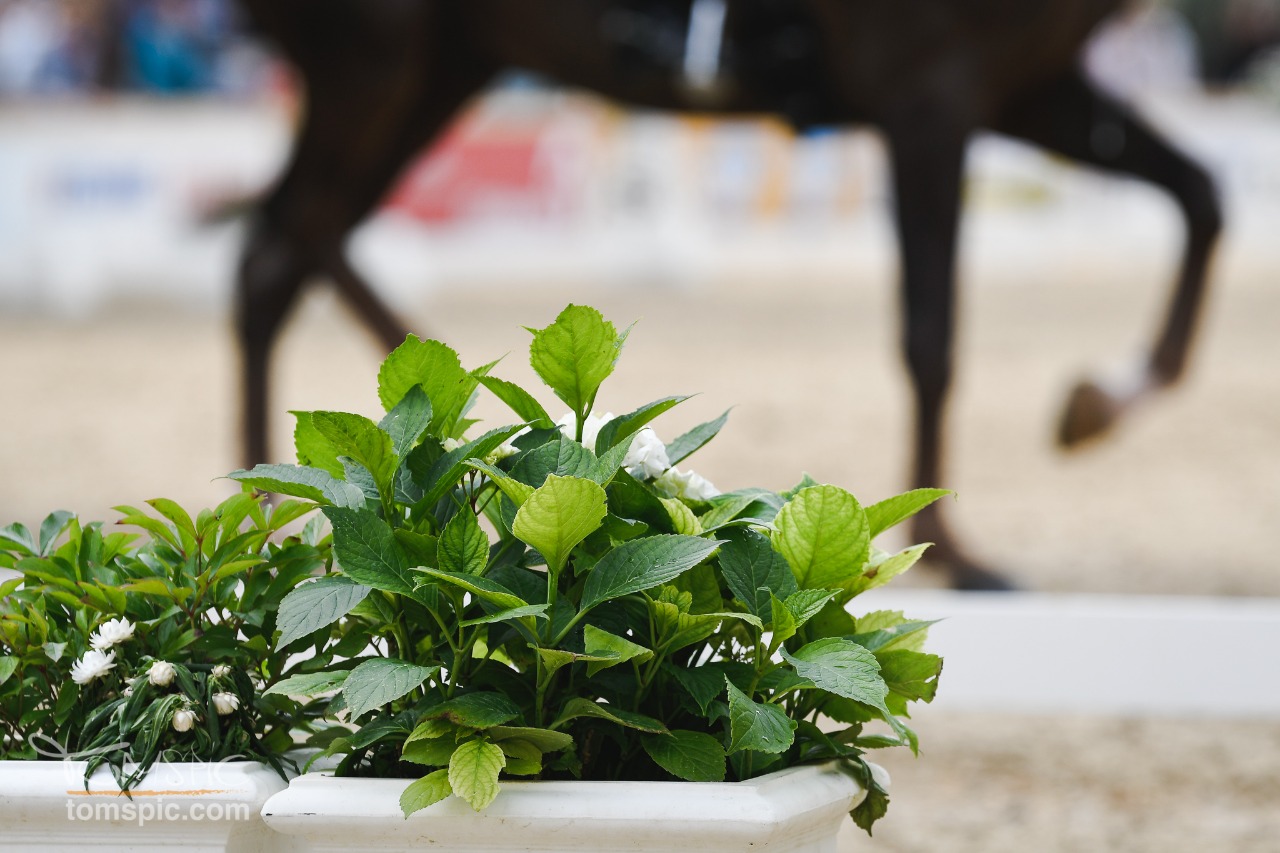 Horse welfare was a key topic of themeeting. Klaus Roeser, Secretary General IDRC, opened the topicand highlighted that all needs of the horse--mental, physical and social, mustbe included when welfare is addressed. He also pointed out the need for socialacceptance and the complexities of perceptions in today’s world emphasizing thegreat influence that social media seems to be having on the future of dressage.This needs to be addressed to achieve greater influence over the perception ofthe sport.

Octavian Morariu, President Rugby Europe and an IOC member, provided insightinto the IOC. He emphasized that the challenges faced equestrianism are thesame across all international sports. Good communication and transparency inaddition to cohesion were the essential elements to face these challenges.  The need for a united equestrian community wasreiterated by Dr. Carolien Munster’s, Project coordinatorSporthorse Welfare Foundation, who described the efforts of the SporthorseWelfare Foundation to identify a consensus regarding key elements of horsewelfare.

Tristan Tucker, founder of TRT Method online training platform, gave a live demonstration about how to teach a horse to ‘self-manage’using confidence and relaxation as key elements.

Following on the topic of horse healthmanagement, Dr. Marc Koene, team veterinarian German dressageteam presented the various therapeutic modalities available, their efficacyand regulations regarding who is allowed to use them at competitions.

Ulli Kasselmann, renown breeder, organizer, trainer and founder of PSI auction,provided a fascinating retrospective of his 50 years in horse breeding.Together with Johannes Westendarp, successful breeder,they presented mares with their foals and several exciting young horses todemonstrate the quality of what is being bred today. They also discussed trendsin breeding and emphasized the importance of the mare not only for her geneticcontribution but also her influence on temperament and behaviour resulting fromthe foal’s early months spent together.

Katrina Wuest, FEI 5* Judge and JAG member, outlined the educational pathrequired to become an international judge. The direct effect of a judge onhorse welfare was highlighted. Dressage is the only equestrian sport wherehorse welfare is integral to the scoring. Evidence of stress or discomfort isdirectly reflected in the score.

David Hunt, PresidentIDTC/ JAG and JSP member, discussed the role of the Judge Supervisory Paneland the Judge Advisory Group. He explained how judge performance is monitoredand what steps are taken if a judge is found to be under-performing.

Daniel Gohlen’s, founder and CEO Black Horse One, two presentations ignitedlots of good-natured fireworks! He demonstrated how technology, e.g. cameras,artificial intelligence etc. could be used in judging. It became clear that‘virtual’ judges would find it difficult to satisfactorily replace ‘human’ judges.The group did however see a role for these technologies in a training context.

Daniel also provided an opportunity for thetrainers and riders to test their judging ability using his Spectator Judgingapp. Using selected exercises performed live as examples, the audience was ableto give their marks in real time. The results were greatly varied. A discussionby panel members, Katrina Wuest, David Hunt, Catherine Haddad,international rider and Board member IDRC, and Isabell Werthfollowed. Suffice it to say the group demonstrated the need for more practicein this regard! The discussion that arose from this experiment was however veryfruitful and there was a strong desire to find another opportunity to do this.

Bettina DeRahm, FEI Director of Dressage, provided an overview of keydevelopments in the FEI. She outlined the recommendations of the Equine Ethicsand Well-Being Commission and confirmed that these recommendations would gothrough the normal process of consultation with Stakeholders and NationalFederations and would need to be approved via the Rule Revision process noearlier than 2023.

After a 2-year hiatus caused by Covid, thegroup was keen to resume the annual IDTC members meetings. The synergy producedby joining both clubs was impressive. The atmosphere was upbeat andcollaborative with the major takeaways being that we need to be:
1. more proactive in conveying the case for equestrian sport
2. convincing that we do recognize and care about the need for horse welfare
3. more inclusive and collaborate with the other Olympic disciplines to presenta united front for equestrianism

The meeting concluded with the announcementby Betsy Juliano, founder Litigation Management Inc. andinternational dressage horse owner, of the establishment of a DressageHorse Owners Club. The IHOC stand next to the other stakeholder clubs andwill focus on the interest of horse owners importantly on horse welfare. 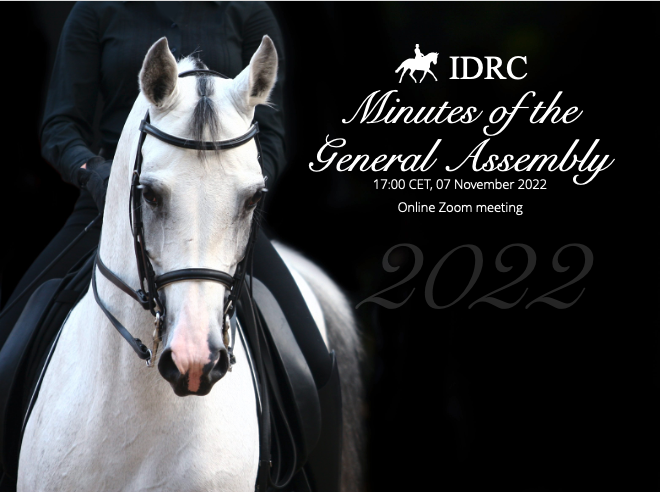 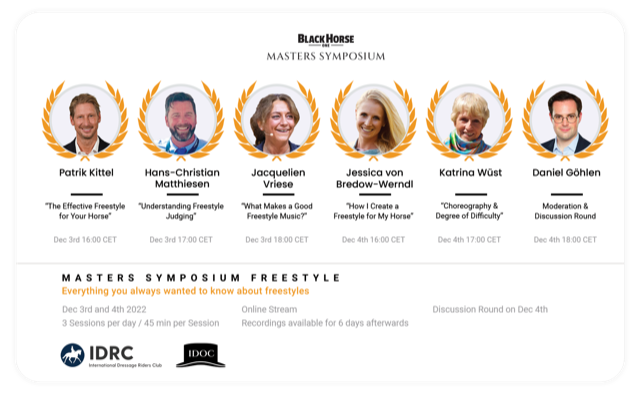 November 17, 2022
Subscribe to e-mail updates
Thank you! Your submission has been received!
Oops! Something went wrong while submitting the form.